Counselling for sex and pornography addiction

Sex and Pornography addiction can be very debilitating and render us unable to maintain healthy relationships. Counsellors and psychologists who specialises in treating sex and pornography addicts can help identify causes of negative behaviours and plan healthy alternatives to replace the addictive patterns.

Our Sydney team can help you with sex addictions. Contact us for more information. 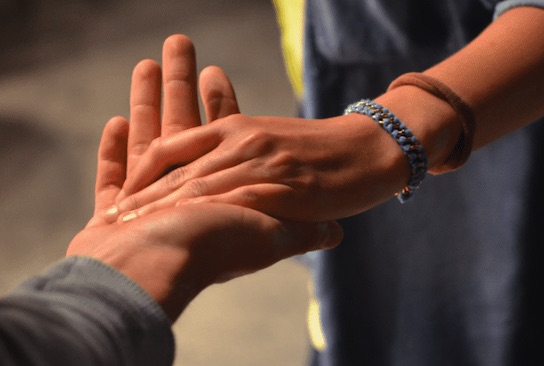 Sex addictions can be difficult and challenging to talk about, particularly to a stranger. However, the primary difference between talking to a therapist, counsellor or psychologist and a family member or friend is that the counsellor has been professionally trained to be able to distinguish between their own thoughts and feelings and those of the client. This makes working with a professional therapist a safe place to explore the underlying reasons for your addictive behaviours and for you to learn how to make conscious choices about your life.

Jaymee loved sex and had enjoyed it from the time she first became sexually active at age fifteen. As Jaymee got older, she discovered that in addition to enjoying sexual relations with men, she also enjoyed sexual relations with women. In fact, she found that she liked sex with almost anyone. The problem was that every time she fell in love with someone, her sexual appetite would destroy the relationship because she would end up having an affair or a sexual encounter outside of the relationship. By the time Jaymee reached 35 years of age, she was desperately afraid that she would never marry or have the family she really wanted. When yet another romantic relationship failed because of her infidelity Jaymee picked up the phone and made an appointment to talk to a professional therapist. (This article is electronically protected – Copyright © Associated Counsellors & Psychologists Sydney PTY LTD)

In the days leading up to the appointment, she vacillated between canceling the meeting and making herself go, but in the end, she found herself nervously waiting in the reception area to meet Alice, her psychologist. When she met Alice, she was pleasantly surprised to find that Alice was non-judgmental and genuinely interested in helping her. Alice talked about the basics of therapy and then sat back and listened to Jaymee tell her why she thought she had come to her for help.

Over the course of several months, Alice was able to help Jaymee examine why she felt compelled to have so many sexual encounters and examine what she was really looking for in those encounters. Jaymee began to understand that she had control over her choices in relationships and that there were other ways to relieve her anxious feelings and compulsive actions. For the first time since she was in her late teens, Jaymee was celibate – not because she didn’t want sex, but because she was seeing if she could control her behaviors around sexual activity. She began to learn more about herself and discovered that she loved foreign films, photography and writing her own poetry. She was astounded at herself when she went to a poetry reading and stood up and read her own work in front of an audience.

As Jaymee gained control of her addiction, and understood more about what might have caused it, she found that she was feeling happy for the first time in a long time. Although Jaymee continued to see Alice periodically, she did not feel she needed intensive counselling because of her own progress in conquering her addictive sexual behaviours. (This article is electronically protected – Copyright © Associated Counsellors & Psychologists Sydney PTY LTD)

Although every therapist, counsellor and psychologist has their own unique approach to working with clients, there are some central concepts to providing counselling services to clients that are universal. In the case of Jaymee and Alice, Alice helped Jaymee understand what would be needed for Jaymee to achieve her desired results. Alice suggested several different alternative support systems for her to access. Alice was a non-judgmental resource for Jaymee to talk to about her anxiety and compulsive behaviours. Over time, Jaymee began to change her behaviours of her own volition as she began to build her self esteem by exploring her interests outside of sex.

You or a loved one may benefit from consulting with a professional counsellor, therapist or psychologist if you are struggling with sexual addictions. Talking to a professional counsellor who has experience with treating sexual addictions can help you gain a better understanding of yourself and the compulsions that drive your behaviours. If you would like to schedule an appointment or receive further advice, please contact us at:

Sexual addiction can be extremely disruptive to our lives and prevent us from having and sustaining healthy relationships.

Sexual addiction can be extremely disruptive to our lives and prevent us from having and sustaining healthy relationships.