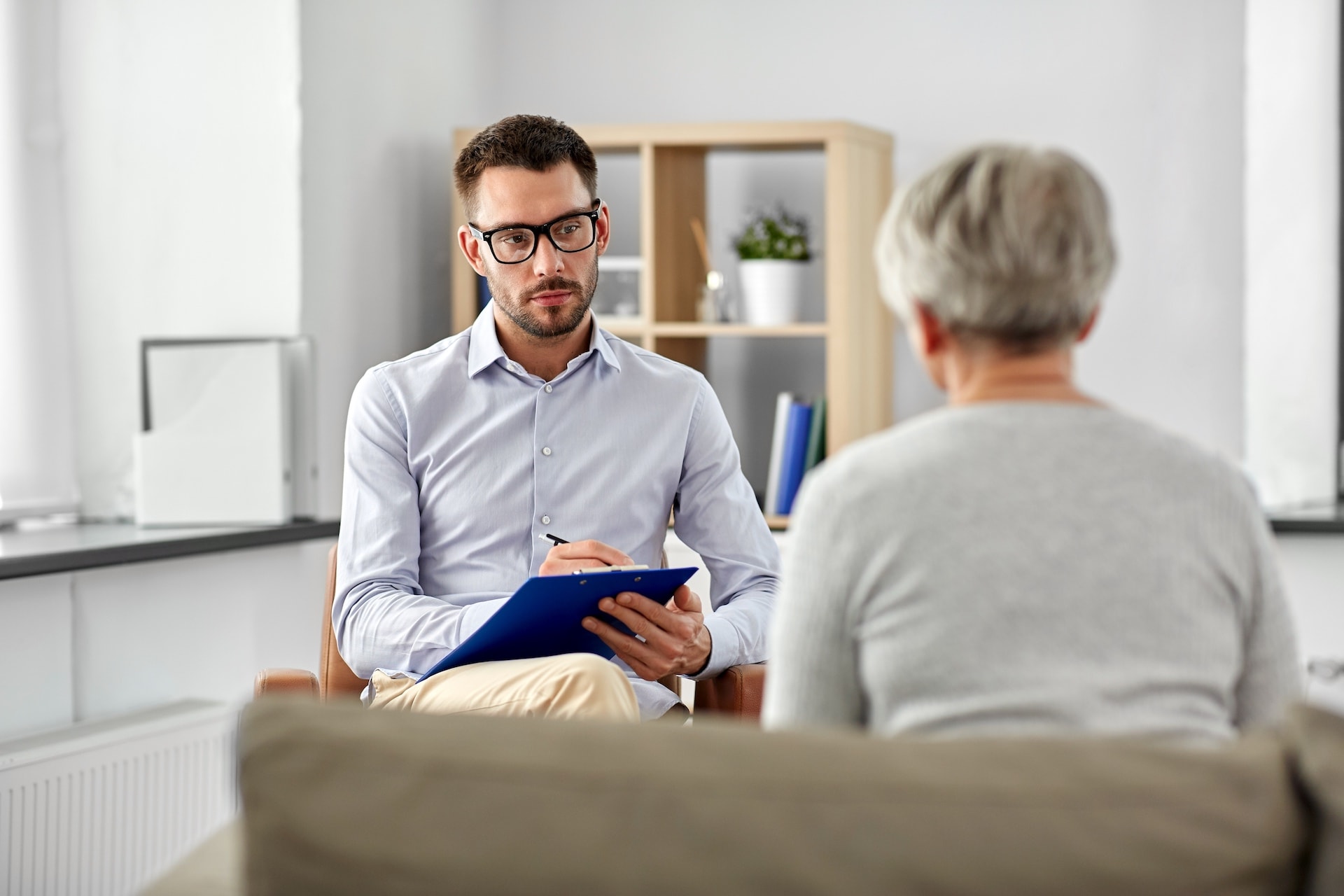 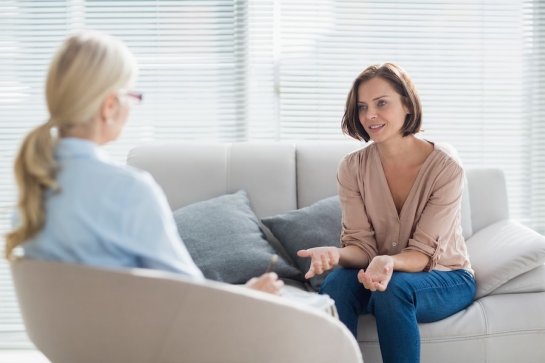 If you are looking for CBT treatment in Sydney, we can connect you with an experienced Psychologist or counsellor. Just call us or fill out our contact form. We also offer expert cognitive behavioural therapy online.

CBT is an evidence based therapy in which your counsellor teaches you a set of skills. You learn proven techniques to better manage your thoughts and behaviours in ways that help you improve your mood and wellbeing.

The ‘thoughts’ or cognitive compontent of the treatment, helps you to looks for patterns in the way you think, and to understand how certain thought patterns negatively affect your mood. Your therapist then guides you on how to overcome these limiting thought patterns.

This approach is also combined with behavioural strategies, that is, new behaviours, which help improve mood. These may include relaxation skills training, or positive activites like activity or excercise scheduling.

You can go to our overview of cognitive behavioural therapy here. Or you can read a real client’s experience of CBT treatment below.

Summary – “Jillian plunges into Major Depression after she is unfairly treated and retrenched from her job. With the help of her psychologist, Anna, who uses Cognitive Behavioural Therapy(CBT), Jillian learns ways to rebuild her self-esteem and her life.”

Jillian was a very bright young woman who achieved a lot of wonderful things in a relatively short period of time. By twenty-four years of age Jillian had already topped all her HSC exams, and been to university and acquired a computer software engineering degree from the best university in the country.

Even before graduation Jillian was recruited in a top IT firm and she found herself earning an astonishing amount of money for her age and experience. Although the work was difficult and she had to put in long hours, she found her job rewarding because she was a high achiever and liked to get things done well. Although she was the youngest software engineer in her firm she was immediately identified by management at her firm as a young woman of great talent and soon she was taking on more and more responsibility at work. Jillian’s work became her life and with the money she earned she was able to go on regular overseas holidays and see the world.

The company she was making big strides in was bought out by a larger company and a new management team took over from her old bosses. The new team of managers did not recognise Jillian’s special talents and seeing her as a new recruit and a recent graduate they treated her differently and regularly complained about her work results. Jillian became quite depressed but she continued on in her work and tried to accept this change in her life. When the economy took a downturn and despite all her past efforts and achievements, the company chose her for retrenchment. Jillian was devastated. For the first time in her life she found herself without a plan and she found it difficult to accept that even though she was hard working and a high achiever and despite having put a lot of effort and energy in her work, that she would be discarded easily by her new managers.

For months after this event, Jillian experienced symptoms of major depression. She cried often, having feelings of persecution and recurring thoughts about how she had been wronged, whilst at the same time she also felt that she had not done anything to deserve this. She lost confidence in herself and because of this and the shortage of jobs in her industry she was having a hard time getting any interviews for job applications she was making. Shortly afterwards, she stopped applying for jobs in her field and spent hours in bed, unable to get up in the morning. She stopped seeing her friends, but they didn’t notice what happened to her, because when she was working she had very little time for them anyway. Because she was not able to pay half of the rent in the apartment she shared with her partner and because she was depressed all the time, things became quite tense between them. After months of depression her partner insisted that she seek professional help for her sadness and sense of helplessness. Fearing that her relationship might come to an end because she was not able to control her depression, Jillian acquiesced and made an appointment to speak to a psychologist.

During the first few sessions with Anna, Jillian’s counselling psychologist, Anna listened carefully to Jillian’s account of what happened to her in her recent past. She heard how Jillian worked very hard at school and received a high UAI, high enough to study one of the most difficult degrees to get into in the country. She also heard how hard Jillian studied whilst she was at university and how she obtained work even before she graduated. Anna also heard from Jillian about how hard she would work and how consumed by her job she had been, spending a lot of unpaid time on the weekends and during weeknights on her career rather than going out with friends. When Jillian told Anna about the change in how she was treated at her company and how she subsequently lost her job, it was clear that the experience had been extremely traumatic for her.

In the initial consultations Anna affirmed for Jillian that what happened to her was indeed unfair and that she had a right to feel as upset as she did, however, how she was feeling was stopping her from taking pride in everything she had already achieved in her life. She pointed out to Jillian that she was an extraordinary achiever and that her thoughts and feelings about herself as a failure were not congruent with the reality of all she had achieved at so young an age. She then told Jillian to think of other things she liked about herself and other aspects of herself that gave her a sense of identity other than her work. Jillian would be given homework every week. Sometimes she would be asked to write a list of goals she wanted to achieve in the future, at other times she was asked to set a schedule of tasks for herself and to make sure that she completed these.

Over the next twelve sessions, Anna helped Jillian devise a new sense of self-worth not based on her career or her sense of achievement but on other aspects of herself she liked, like her compassion.

Anna also made Jillian create daily plans for herself that she then had to follow. Soon, Jillian was getting up at a specific hour in the morning and routinely carrying out her tasks as they had been scheduled. Together with carrying out scheduled tasks, Anna made sure that Jillian also scheduled fun activities for herself to engage in, like going bowling or camping with her friends, cooking or going to the movies. In fact, having at least two fun activities a week was a mandatory part of Jillian’s CBT.

Slowly but surely Jillian began to feel better and was able to break free from the cycle of depression that had consumed her life since she was retrenched from her job. She learned to recognise the pain and suffering caused her and to respect the hardship she had gone through without being debilitated by the experience. She also found new ways to perceive the experience she suffered as adding to her life experience, making her stronger, rather than simply seeing herself as having been victimised.

Part of her CBT plan was for her to resume making job applications in order to fulfill her goal of obtaining new employment. After some time, and after some rejections, which Jillian was trained (by her psychologist) to perceive as a natural part of the job search process, Jillian was asked for an interview at a Computer Software company in the city. At Anna’s advice, Jillian was now engaging in regular weekly meditation to cope with her fear and anxiety responses and she found herself able to perform very well during the interview and felt that she had regained her confidence in herself.

Sure enough, Jillian was hired and she was getting back to working in the profession she loved so much. CBT also taught Jillian the importance of making room for other activities in her life, so this time she made sure that she did not overwork herself even if she wanted to, and instead took time out to visit with her friends and family on a regular basis.

Jillian was caught in a destructive cycle of depression. The unfair loss of her job – despite her hard work – not only shattered her confidence and shook her sense of identity, prompting feelings of failure, persecution and worthlessness, but she was also now responding to everything in her life in this way. Undertaking Cognitive Behaviour Therapy helped Jillian realise how her negative thoughts and perceptions were feeding her depression and how her feelings of depression were in turn affecting her courses of action. By learning to monitor her thoughts and to dismiss overly pessimistic perceptions, Jillian was able to improve how she felt about her situation, which in turn helped her take positive action toward changing her situation.

Cognitive Behaviour Therapy also helped Jillian follow some very specific strategies to help her get back on track. By setting a schedule for herself, waking up routinely at the same time everyday, instead of staying in bed as she had been doing since she lost her job, Jillian was re-establishing a familiar order in her life and acquiring a sense of achievement she felt she had lost. Anna also helped Jillian identify what her goals were for the future and the steps she needed to take to achieve them, as well as teaching Jillian to diversify her activities and not to become too obsessed with her career achievements as her defining features of who she is.

How can I get help?

If you feel that Cognitive Behavioural Therapy might be useful to you in helping you retrain your mind into new, healthier ways of thinking, which then lead to healthier behavioural responses, then a trained cbt therapist, counsellor or psychologist can help. You can also call us to discuss alternative forms of therapeutic intervention. If you would like to book a consultation with one of our qualified counsellors or psychologists, or would like to obtain further advice please contact Associated Counselors & Psychologists Sydney.