What is a panic attack?

A panic attack is an episode where you feel intense panic and terror. Typical symptoms include: 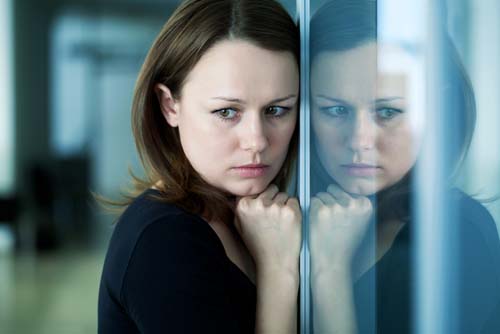 Panic attacks tend to strike people suddenly and without warning. If you experience this common form of panic attack, you will generally find that the panic attacks can happen at any time, and without any obvious stimulus or cause.  Most panic attacks last for a few minutes although sometimes they can continue for up to 10 minutes. In extreme cases, a panic attack may last as long as an hour, although this is unusual.

Panic attacks can come on at any age, in children, in adulthood or in the elderly, although it most commonly appears in young adults. Psychologists believe that panic attacks will affect up to 12% of Australians at some time in their lives, and it is twice as likely to affect women, rather than men.

Note that some people experience panic attacks which are actually symptoms of another illness – for example, a panic attack might be caused by the physiological effects of a drug addiction or by a non-psychological medical condition, such as huperthyroidism. In these circumstances, the panic attacks would not be classified in the same way. (This article is electronically protected – Copyright © Associated Counsellors & Psychologists Sydney PTY LTD)

What is panic disorder?

If panic attacks persist, psychologists will classify the occurrences as Panic Disorder. Panic disorder is often accompanied by a strong sense of anxiety between attacks – a fear about when and where the next attack might come. You can also check out our dedicated page on Panic Disorder.

It is also not uncommon for a person with panic disorder to develop specific phobias or even generalised agoraphobia (a fear of public places). A phobia of the pace or situation in which the panic attack first occurred is commonly feared and often avoided (for e.g, if you first had a panic attack when you were near a pool, you might avoid swimming altogether). Please read the relevant sections of our website if you think that your panic attacks have developed in Panic Disorder or if your panic might be specifically related to a form of phobia, such as Social Phobia, Agoraphobia or Specific Phobia.

Early intervention and treatment with a specialist counselor or psychologist will generally help to reduce the occurrence and severity of attacks, and stop the onset of more serious illnesses like panic disorder and agoraphobia.

Panic attacks strike ordinary people, even when they don’t think they are particularly prone to anxiety. If it happens to you, don’t be afraid to seek immediate help from a counselor and prevent the attacks from negatively impacting on your life.

Do I Have An Anxiety Disorder

Constant feelings of anxiety or regular panic attacks can be debilitating and seriously hinder your ability to enjoy life.

Do I Have An Anxiety Disorder

Constant feelings of anxiety or regular panic attacks can be debilitating and seriously hinder your ability to enjoy life.

Have you ever thought of yourself as a worrier? Are you someone who feels a bit queasy in your tummy a lot of the time, or are you just unable to relax

Have you ever thought of yourself as a worrier? Are you someone who feels a bit queasy in your tummy a lot of the time, or are you just unable to relax