Marijuana is one of the most commonly used illicit drugs in Australia. It is often viewed as benign and innocuous if used infrequently. However, with frequent use, pot has the potential to become a truly addictive substance, causing serious physical and mental health outcomes for the user.

Marijuana is often touted as an innocent and harmless drug that can be used recreationally with little long-term side effects. However, frequent use of pot can result not only in addiction issues, but also in harmful physical conditions that can become problematic even for a relatively healthy person. Studies have also linked prolonged Marijuana use with the onset of major depression and, in some cases, schizophrenia.

Very often, we learn values and beliefs about drugs and alcohol from our families. If we come from a family where it is normal to become intoxicated at a football game, or over almost every hot summer weekend, then we may not think much about drinking excessively, or similarly, about smoking marijuana every day. In fact, it is not uncommon for parents with pot addiction issues to show their children how to roll their first joint or how to care for a small personal cannabis garden. (This article is electronically protected – Copyright © Associated Counsellors & Psychologists Sydney PTY LTD)

What are the symptoms of pot addiction?

Frequent and intensive smoking of pot can have substantial longterm physical consequences. Memory loss is not uncommon. Users exhibit difficulty concentrating, and completing projects may be challenging. Red and watery eyes is a very common symptom and since pot use usually increases appetite, users may notice significant weight gain. For individuals who smoke a great deal of pot, a chronic phlegm cough and/or bronchitis problem may develop.

For a person who has been smoking or ingesting marijuana in large amounts, paranoia, hallucinations and psychosis are not uncommon. Pot smokers can also spend hours and hours doing very little but smoking, and find that their energy and capacity is vastly decreased.

How is pot used?

The most common method of using pot is to smoke it in the form of a joint or a hand rolled cigarette. However, pot can also be smoked in a small pipe or in a water pipe (also known as a bong). A vaporizer may also be used to consume pot, or it may be cooked in foods and eaten in the form of baked goods, candies, tea, or infused oils and butters.

What is medicinal marijuana?

Although the debate still continues in Australia about the use of medicinal marijuana for the treatment of pain and chronic illness, there are many proponents around the world that point to repeated research that supports the use of pot to help with many medical illnesses. These illnesses include HIV/AIDS, cancer, irritable bowel syndrome, fibromyalgia, systemic lupus, diabetic neuropathy, multiple sclerosis and many others. (This article is electronically protected – Copyright © Associated Counsellors & Psychologists Sydney PTY LTD)

Primary supporting research indicates that pot can help individuals who experience a great deal of chronic, unrelenting pain, who have significant problems with insomnia or anxiety, or who have problems with nausea or maintaining weight due to necessary drugs or the illness itself. However, marijuana is not an illegal drug in Australia and is therefore not a legally acceptable form of pain relief in this country.

Book with Sydney’s most trusted network
With a wealth of experience and a board of certified professionals, you know you’re in safe hands. 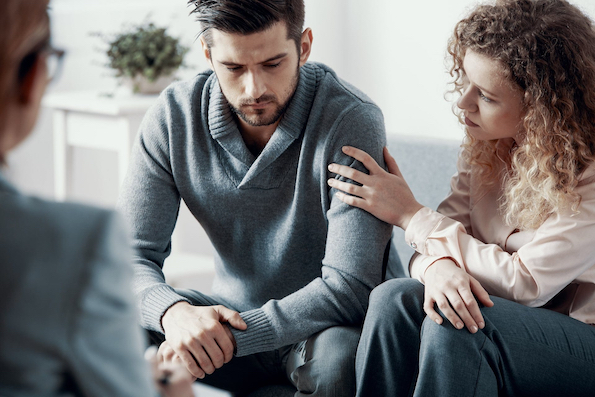 Jesse was a mature age student at a tertiary design college. He had a passion for playing video games and he was going to college to become a graphic designer specializing in the development of video games. Shy and introverted, Jesse often found himself anxious when it came to attending classes with a group of students he did not know and he would have preferred to avoid social interactions altogether.

One of the ways that Jesse found he could cope with his anxiety was to smoke a joint before attending class. Not only did he feel less anxiety, but he felt he was more creative and outgoing. Soon, in order to cope with the need to go to classes five days a week, he was smoking several joints a day, including first thing in the morning. Not only was he anxiety-free, but his money was disappearing quickly because he was spending so much money every week on regular deliveries of pot to his apartment. He was also gaining weight astronomically, because his smoking was interfering with his ability to feel satiated and he was eating more than he had ever before. (This article is electronically protected – Copyright © Associated Counsellors & Psychologists Sydney PTY LTD)

When his girlfriend realised just how much Jesse was smoking every day, she became extremely concerned. She knew his family had a history of being easily addicted to different drugs and she was desperately afraid Jesse was falling into the same pattern. No matter how much she insisted, he continued to find reasons as to why he could not stop. It helped him with school, he said, it helped him feel comfortable around other people, he enjoyed it, it helped him eat, he said. No matter what she said to him, he always had an excuse. Finally, his girlfriend was no longer able to tolerant his addiction and threatened to leave him if he didn’t seek help for his behaviour. Scared of losing the only woman who had been able to understand him and his moods, Jesse made contact with a professional counsellor to find out how they could help him with his pot addiction.

How do I seek help for marijuana addiction?

If you or someone you know is struggling with marijuana addiction or have questions about how much pot you are ingesting or smoking regularly, talking with a professional counsellor, psychologist or therapist may be helpful. Counsellors can help you evaluate your current usage and the underlying motivations for smoking pot. A professional counsellor can also assist you with developing alternative coping skills and behaviours that may be more productive and healthy for your needs. (This article is electronically protected – Copyright © Associated Counsellors & Psychologists Sydney PTY LTD)

If you are struggling with pot, alcohol or substance use issues and would like to book a consultation with a qualified counsellor, or to obtain further advice please contact: Associated Counselors & Psychologists Sydney